I have been working on a serious game named “Downtown: Aventura en el metro” since the last September. It was my first “commercial” project or I should to say, my first project as professional because the game will be free.

The game is a third person adventure and it has a very clear goal: help Down syndrome children to improve their independence to travel using the subway. 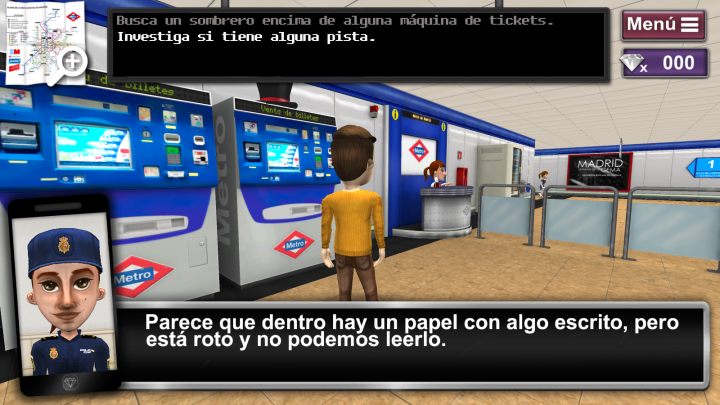 Usually these children just remember their path to school or wherever they have to go but really they don’t understand why get that transfer line or how to get their destination if a line is closed (by train maintenance for example). The way this game try to help is involve them in a mysterious adventure where they have to catch a famous thief named “Malignus”. To do that, the player has to do some missions before go to the final mission and finish the game.

It’s very important to know these persons have a lot of cognitive problems (many of them can’t read) and their reactions are very slow so this game is maybe too easy for a child without this disaease. However there are four difficulty levels each of them controls how many missions they have to clear before final mission, or number of pieces in some puzzle minigames … 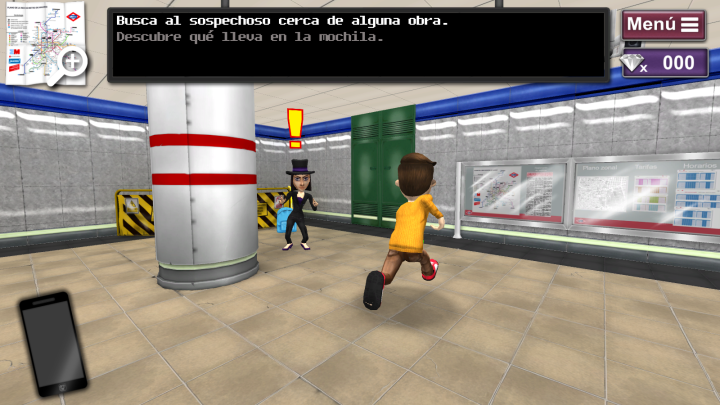 About the game itself, is a semi-procedural game. There are few missions but the stations and the places are random each game. We wanted short games in order to they play a lot of different missions and they travel around the subway taking different paths.

There are 3 different mission types: mobility, exploration and logic. With these missions we tried to force them to travel between different stations, explore the station to find something (in order to focus them in some task) and push them to resolve simple challenges as memory games, puzzles, or taking photos.

Before start the game you can customize your avatar and choose the face, hair, clothes… and during the game you will win gems. These gems work as coins and you can use them to buy customes in the shop. There are a lot of them and you can combine different parts, also when you have bought the complete set the character has a special in-game effect or idle animation. 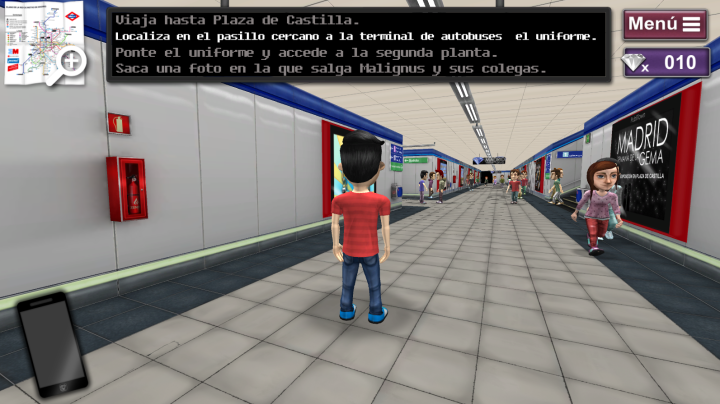 We also wanted to reproduce some events that they can find in the real life like doors broken, subway map lost, travel card doesn’t work, people who distract you from your mission…. and sometimes you will have to ask to subway people to resolve this events.

We were a very small team: 3d Artist, 2D Artist, Game designer/programmer and me, another programmer so I was not in charge on a specific area, I had to do a lot of things like NPC’s behaviour, mechanics for the interactive map, minigames, cutscene editor, graph algorithm to find routes, some events, dialog system… 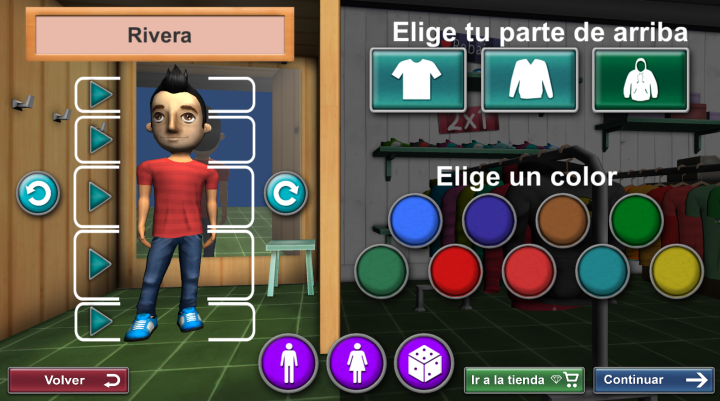 The game was made using Unity3D game engine and coded in C#.

Probably the game will be released the next May and I hope it really helps to Down Syndrome children to learn, and of course, to have fun.

Finally I want to thank my work mates Marta, Diego and Rodri who was the idea owner and game designer. And of course to Alvaro, the director of CEIEC department where we develop the game and who gave me the opportunity to work in the project.